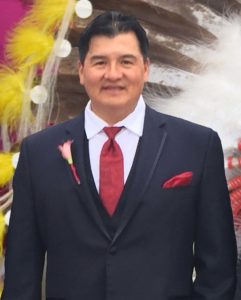 As a member of Witchekan Lake First Nation located in Treaty Six territory (northern Saskatchewan), Chief Bobby Cameron has spent the majority of his life maintaining strong ties to culture, language and identity. As an avid hunter, trapper, and fisherman – Chief Cameron advocates and understands the significance of First Nation culture and tradition with respect to keeping close ties to traditional lands.  He is currently in his 2nd term as Chief of Federation of Sovereign Indigenous Nations, a Treaty and Inherent Rights organization that represents 74 First Nations, and over 160,000 First Nation people. He also served one term as a Vice-Chief for FSIN previously. He is also the Regional Chief for the Assembly of First Nations. Chief Cameron holds a Bachelor of Arts, with a major in Indigenous Studies from the University of Regina.  Chief Cameron is a strong advocate for Treaty and Inherent Rights for future generations of First Nations people. 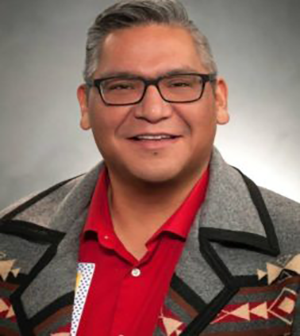 David Pratt is a strong believer in the Treaty Right to education. He also stresses that traditional knowledge along with education provides survival in both worlds. He has a deep appreciation in language retention so everyone can maintain their identity as Indigenous people. As an elected Vice-Chief, David is a strong advocate for Treaty protection and Enhancing Inherent Rights.

FSIN Vice-Chief David Pratt is member of the Muscowpetung First Nation. His parents are the late Bill Pratt and Late Isabel Pratt nee: Cote. He is the youngest of 15 siblings. David’s father Bill was on council for 25 years, including other family members. Sister Liz served as Chief. David was inspired by his late father.

Vice-Chief Pratt graduated with distinction at the University of Saskatchewan in 2016, receiving a Teaching degree from the Indian Teachers Education Program (ITEP).
His goals are to improve the lives and living conditions of First Nation people in Saskatchewan and Canada. 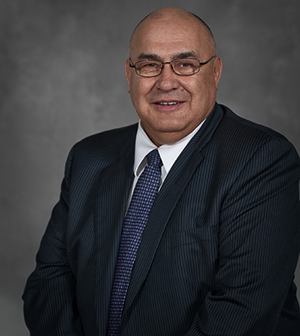 In February, 1996, Vice-Chief Edward (Dutch) Lerat was seconded to the Saskatchewan Indian Gaming Authority as Acting Chief Executive Officer. Edward was an instrumental player in the establishment of Casinos in four Saskatchewan Communities under First Nations jurisdiction and control.

From August, 1996 to June 2000, Mr. Lerat was appointed to the position of Chief Executive Officer, for the Saskatchewan Indian Gaming Authority.

In April 2004, Edward was elected Urban Councillor for the Cowessess First Nation and has served two consecutive terms. He continues to be instrumental in pursuing programs and services for the Urban Cowessess Membership.

In October 2009, Edward was elected Third Vice Chief for the Federation of Saskatchewan Indian Nations.

FSIN Spirit of Our Nations 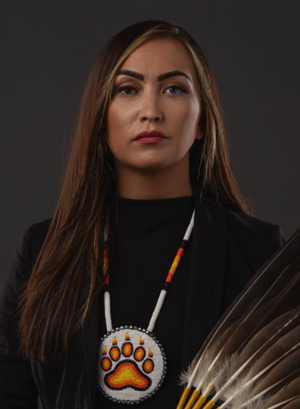 Aly Bear is the Third Vice Chief of the Federation of Sovereign Indigenous Nations (FSIN), a proud mother to her two daughters, a lawyer and a descendant of Dakota, Anishinaabe, and Nehiyaw heritage from the Whitecap Dakota First Nation.

Prior to being elected to the FSIN Executive Council, Vice Chief Bear dedicated herself to advancing her education, attending the University of Saskatchewan, and earning a bachelor’s degree with a major in Sociology and a minor in Indigenous Studies (with distinction). She went on to obtain her Juris Doctorate from the University of Saskatchewan, College of Law, in 2020. Vice Chief Bear was called to the Saskatchewan Bar in 2021. She worked on a wide range of files, however, her passion and primary focus as a lawyer has been, and continues to be, revitalizing and implementing traditional Indigenous laws and finding expression for these laws in modern-day Indigenous governance structures.

Vice Chief Bear has taken on leadership roles in her own Nation, within the College of Law and has been an advocate for First Nations women and MMIWG2+. This passion of advocacy brought her to hold the Women’s Commission Portfolio for the FSIN, where she has been working on bringing the Red Eagle Lodge to life while asserting the Declaration to Honour First Nation Women and Girls to be adopted by all levels of government including within First Nations institutions.

Vice Chief Bear is the third woman to be elected to the FSIN’s executive council. Vice Chief Bear has already successfully assembled the Youth Legislative Assembly, which has not happened in the past five years. There are now two newly elected youth representatives who she will mentor and work with to build a regional FSIN Youth Association.

Vice Chief Bear also holds the Education portfolio for the FSIN. Where she has been working with different First Nations regarding access to funding for post-secondary, language revitalization and land-based curriculum development initiatives through asserting and implementing our Treaty and Inherent Rights and holding the government accountable for what is owed. 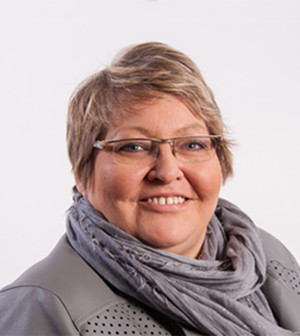 During her term of office, Heather has worked collectively for the betterment and advancement for all First Nations in the area of Treaty Implementation, prioritized education as a Treaty Right and the foundation for our schools, ensured the development of First Nations youth to become the future leaders, and continues the commitment to improving the life situations of First Nations people.

Vice Chief Bear is an alumni of the First Nations University of Canada, she has obtained her Certificate in Indigenous Leadership Governance and Management Excellence through the Banff Center of Management and has served on numerous boards and commissions at the First Nation, Tribal Council and Federation level.

In October 2014, history was made as Vice Chief Heather Bear was the second woman elected to the FSIN Executive in 65 years.